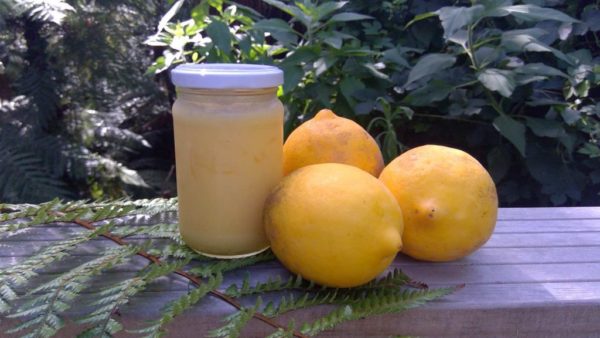 “What are you making Jane?”

One of the things visitors often comment on whilst staying at the Flying Fox is the fact that we make things from scratch, be it bread, jam, granola, muffins, lemon honey or dishes like lasagne or a pie.

In the last few weeks it’s been plum jam, blackberry and apple ice cream, plum and blackberry wine, marmalade and preserved lemons, Beans have been frozen, and the excess of zucchinis are about to be pickled…….

Cooking (particularly baking and preserving) seems to be a dying art and although in some circles it’s becoming trendy again (along with all things ‘vintage’) for me it’s just been what we have always done and I mourn what seems to be a general loss of these skills.

I was fortunate to be taught to cook at home as a child (thanks Mum) and didn’t realise a lot of things could be bought in jars and packets until I left home. Don’t get me wrong, there is a place for a good packet of tika masala sauce or a jar of passata but I feel a sense of grief to see the skills to prepare a home cooked meal using real food dying out. It’s not just generation Y, even people of my own age seem to have become reliant on the convenience, out-of-the-packet type meal as an everyday norm and they watch me in amazement as I stir the big preserving pot full of jam.

Perhaps I was just very lucky…….I was raised in a rural area of southern England called Somerset. We caught a minibus to school with the other 60 children from the surrounding villages and farms and Mum only went to town once a week to do the shopping. Dad grew veggies in the garden, we went fruit picking in the summer, scavenged elderberries, blackberries and nuts from the hedgerow in Autumn and preserved or froze what we could for the cold winter months. When we were snowed in during winter we got fresh milk from the farmer who was only too pleased to give it away because the truck could not get in to pick up the churns. Dad made wine from whatever was plentiful, and although this had varying degrees of success (and sometimes provided entertainment when a particularly lively batch of elderflower exploded in its storage place under the kitchen sink) next year he did it all again.

I’ve always tried to carry these practices on and attempted to grow a few edible plants even when I had the smallest garden which was mainly given over to a climbing frame, a sand pit and marauding small children! Last year I cried when I got up one morning to find the deer had demolished my veggie garden overnight  and although the venison stew tasted very sweet a fence became a priority!

People seem to assume that baking or preserving takes some special magical talent, I would disagree – I don’t do anything difficult. I guess, like all things worth doing, it does take a bit of practice…hey I still have days when the cake sinks in the middle or the jelly doesn’t set but that’s just life! Even if you haven’t grown up cooking from scratch, it’s never to late to start. There are a plethora of cook books on our library shelves and you only have to conduct a quick ‘google’ search to find whatever recipe you want on line. There are also numerous Facebook pages springing up encouraging a return to home cooking/preserving, I discovered a great one recently called The Country Trading Company which is NZ based so relevant to our seasonal produce.

A young lady who was volunteering with us last year told me I needed to write a ‘Flying Fox Cookbook’ to share all the recipes that guests ask for! Maybe I will one day, but for now I’ll share a recipe with you and encourage all you kitchen phobics out there to ‘have a go’. Let’s keep this dying art alive…………If you don’t try you won’t know!

I’d love to know how you get on  – send me some pics of your efforts! Questions? Feel free to ask!

We have heaps of lemons at this time of year and with only four ingredients this lemon honey (or lemon curd as it’s also known) is an easy one to start with. The recipe came originally from a magazine but I suspect I’ve changed it up slightly over the years. It is delicious on toast or scones and makes a great topping or filling for cakes.

I prefer to sort out my jars before I start making this, when you are making jam or curd you need to ensure jars are clean and sterilised so that you don’t ‘infect’ your beautiful preserve! An easy way to do this is to utilize a microwave.

If you don’t have a double boiler –  find a glass bowl which will sit on top of a saucepan, put about 10cm water into the saucepan and the above ingredients into the glass bowl.

This lemon honey is best keep in the fridge, but don’t expect it to last too long once the whanau taste it!

6 thoughts on “A dying art”